CNG is compressed natural gas that consists mainly of methane. CNG is made by compressing natural gas to less than 1% of the volume it occupies at standard atmospheric pressure. It is then stored at a pressure of 200-230 bar and can be used to fuel car engines.

Compressed natural gas has a higher energy content than petrol or diesel. It is a cheaper and cleaner type of fuel that provides the same mileage. A CNG-powered vehicle is as quick and easy to refuel as a petrol or diesel vehicle.

Vehicle types and their engines

A CNG-powered car has a dual-fuel engine which is powered by both gas and petrol. When it runs out of gas, it automatically starts using petrol. Such cars are manufactured in factories along with traditional vehicles. Several of the main car manufacturers have included this kind of hybrid car in their latest model range. CNG is widely used worldwide in the public, truck and private vehicle sectors. 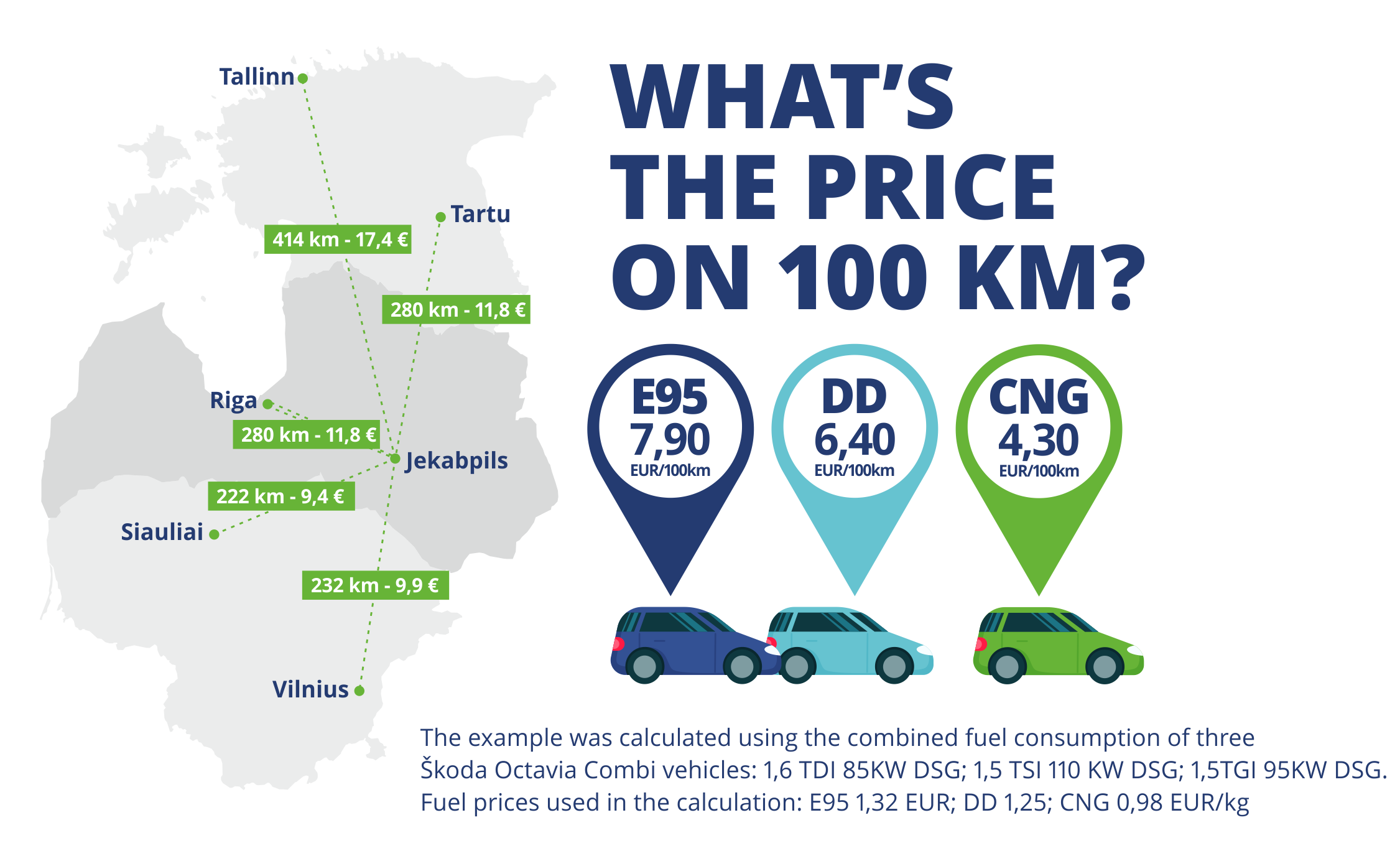 CO2 emissions from compressed natural gas are about 25% lower compared to petrol. In addition, nitrogen oxide emissions are up to 90% lower because the combustion of compressed natural gas only produces carbon dioxide and water vapour, whereas the combustion of petrol produces chemical compounds such as carbon monoxide, nitric oxide, hydrocarbons etc. Moreover, natural gas is also eco-friendly because it is transported by pipeline rather than by road or rail.

Differences between CNG and LPG

Although both are gaseous, there are significant differences between them:

Other products and services